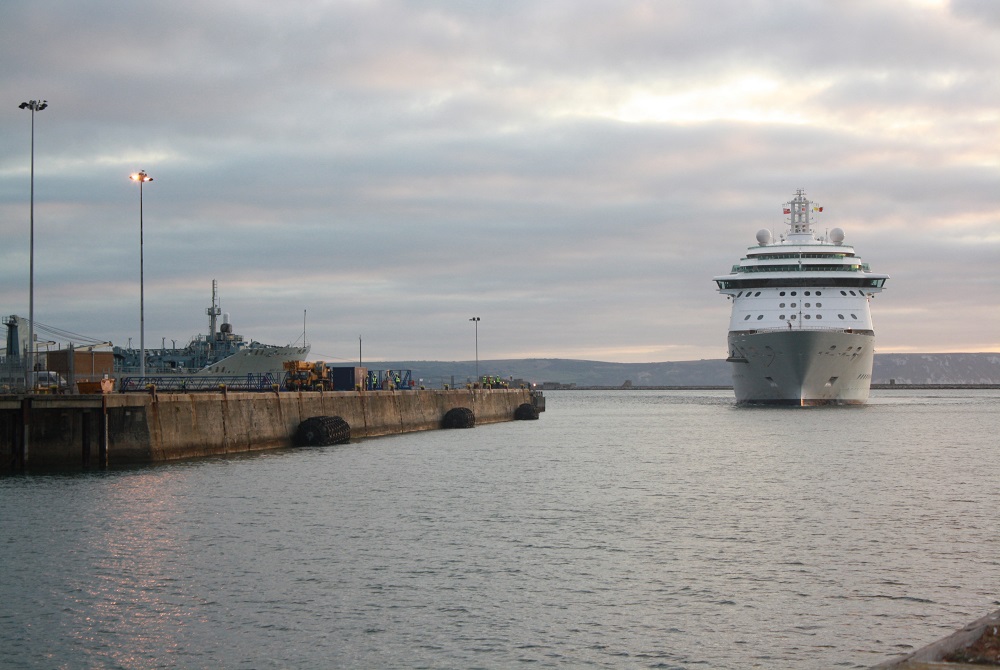 Portland Port in England has embarked on a major programme of works to enhance its capability to serve the ever-growing number of cruise lines using its historic harbour and port. The key requirement identified has been a berth able to accommodate some of the largest cruise liners expected to operate in the region. Key features of the development include:

Development work has started onthe project and a fully modelled plan has been finalised. Work on the first of the new mooring bollards is expected to commence during spring 2014. When completed the extended berth will put Portland Port in a very small group of ports on the English Channel with the capability to handle some of the largest cruise ships operating in the global fleets. Ian McQuade, General Manager (Business Development) for Portland Port said,

"this is a major investment for the port and has the clear aim of securing the port's position within the cruise sector. This extension of our main cruise berth shows the port's ongoing commitment to the cruise industry". He continued "Portland Port has seen record figures for cruise calls and passengers in both 2013 and 2014 and already 2015 is looking good exceed these numbers again. With a berth capable of handling ships up to 340m LOA from 2016 the future looks very bright".

The port will be present at the forthcoming Cruise Shipping Miami event on the Cruise Britain stand (number 630/1) with the aim of promoting the new berth.

"This event is the major show case of the year for the cruise industry and will give us the opportunity to brief all the cruise lines face to face on the berth extension. Planning will soon be starting for 2016 and we want to ensure that Portland Port gets full consideration for inclusion in as many 2016 itineraries as possible"