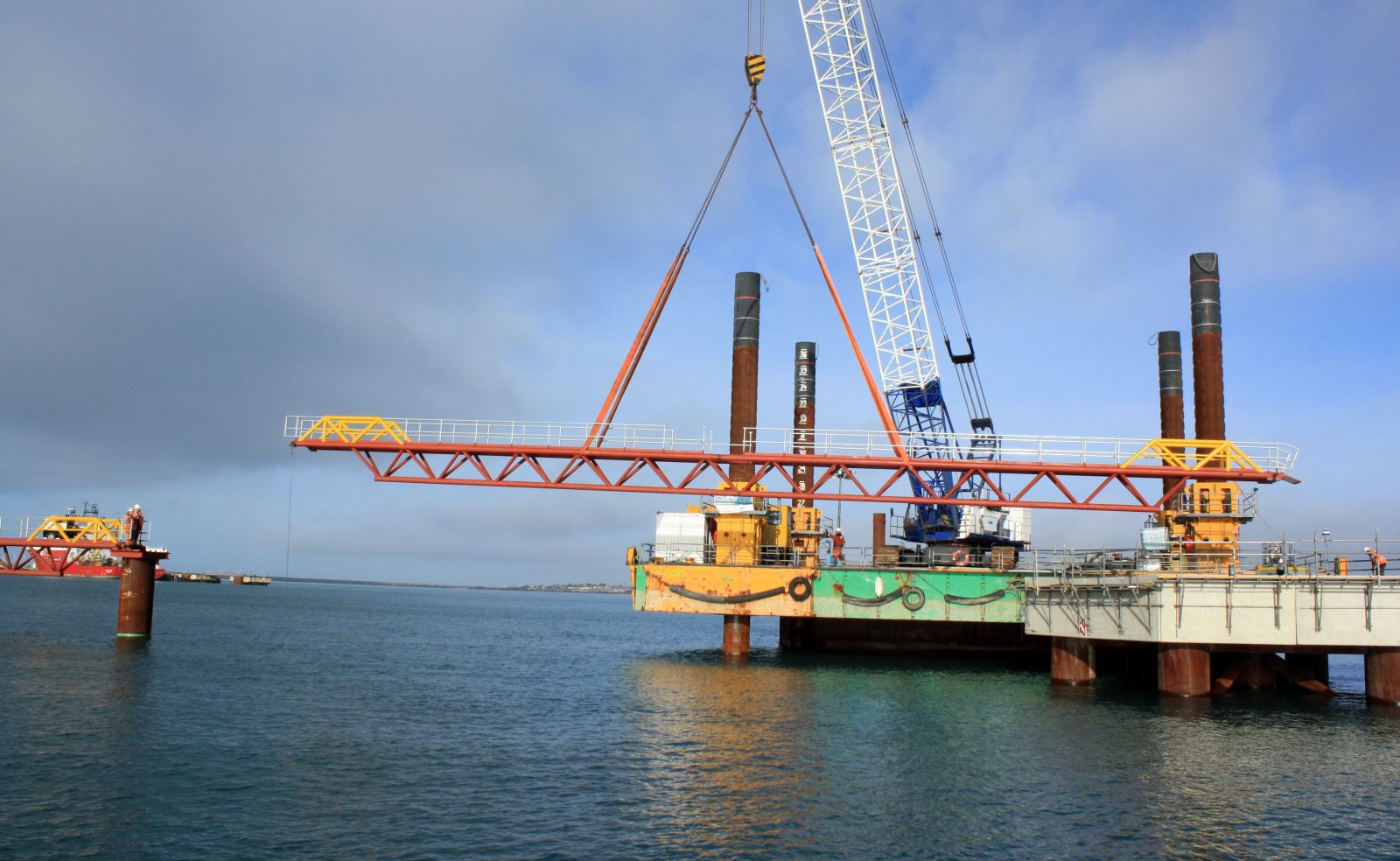 Progress on Portland Port’s main cruise berth, Outer Coaling Pier, continues at pace.  Steel re-enforcement is currently being installed in the new outer dolphin with a view to pouring first stage concrete in early March.  The first stage concrete has already been poured on the inner dolphin and progress is now being made with the remaining re-enforcement and establishing the foundation arrangements for six new 150 tonne bollards and a capstan that will eventually be mounted on the inner dolphin.  There will also be six 150 tonne bollards and a capstan on the outer dolphin which has been designed as a mooring dolphin only.

The inner dolphin has been designed as both a mooring and breasting dolphin, capable of taking berthing loads from the longer cruise vessels that the Port is eager to attract.  To achieve this, a new fender plate will be fixed to the dolphin.  The steel assembly will weigh approximately 37 tonnes and will act as a pressure plate supporting a 9 meter yokohama.

The walkway bridges connecting the new dolphins to the Outer Coaling Pier are now fully installed and operational.  Electrical work to connect the capstans, walkway lighting and navigation light will be progressed throughout March.

Subject to weather (wind primarily), it is expected that the mechanical works will be completed by the end March 2017 which is one month ahead of schedule and nearly two months ahead of the first vessel expected to use the new facility, the Disney Magic on 23rd May 2017.