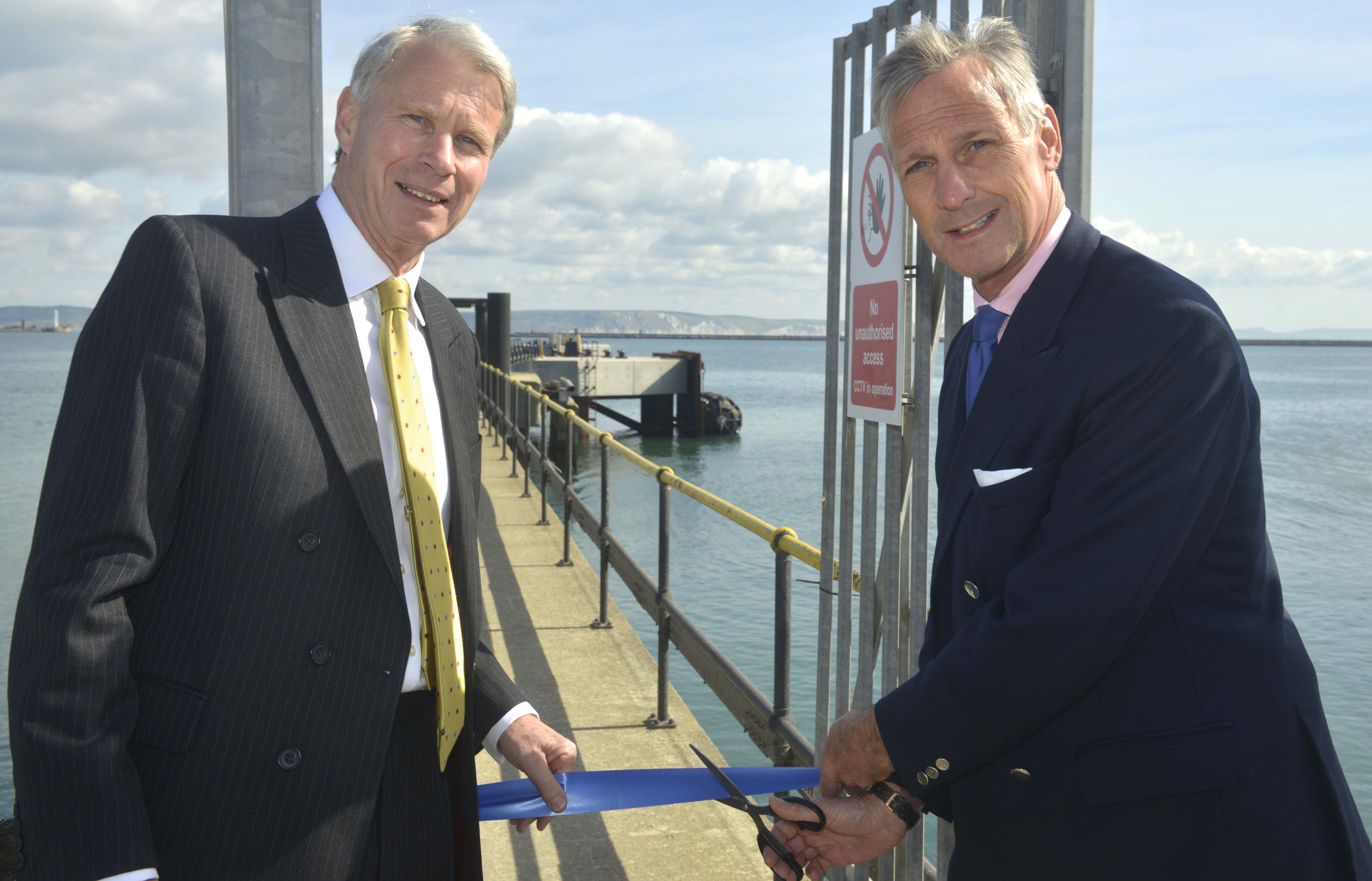 The ceremony, involving port staff, tenants and guests, was kicked off with speeches from Christopher Langham, Chairman of Portland Port Group, followed by Richard Drax, who then cut the ribbon and declared the extension open.  Guests enjoyed canapes and a glass of Langham Sparkling Wine whilst celebrating the milestone event.

The cruise berth extension was the result of several years or careful planning and makes Portland Port one of only a few on the English Channel that can handle vessels with overall lengths of 340 metres.

The extension works were carried out by marine construction specialists Red 7 Marine Ltd, TMS Ltd and CMP Thames who joined forces to deliver the project.  The design involved building two large structures, called dolphins, 100 metres apart. Each dolphin consists of a 1,200-tonne reinforced concrete platform set on seven, 1.5 metre diameter steel piles driven into the sea bed.  The dolphins are linked by walkways and are positioned to support ships being moored on the port’s two largest berths.

Mr Bill Reeves, CEO at Portland Port commented “This is a key investment for the port and demonstrates our commitment to the continued development of our infrastructure. The berth extension enhances our ability to accommodate some of the largest cruise liners in service today, as well as those being launched over the next few years.”

The first vessel to use the extension is likely to be Holland America’s Koningsdam on 11th May, followed by the Disney Magic on 23rd May.  In this cruise season alone, there will be eight cruise ships calling at Portland Port which are more than 290 metres long.

As cruise ships and other vessels around the world continue to get larger, the new extension will allow Portland Port to accommodate some of the biggest ships in operation.