A Luxurious Day for Portland Port 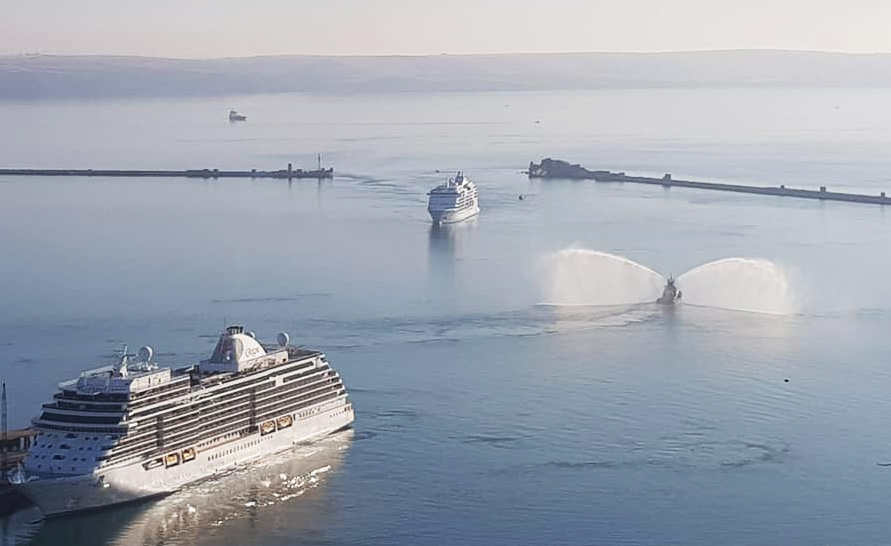 The start of Portland Port's cruise season has been spectacular!

General Manager (Commercial) Ian McQuade said ‘It’s always exciting when we welcome two ships in one day, however this is unique and a first for Portland Port to have two ships from the same cruise line. They are both from the luxury cruise line, Regent Seven Seas Cruises, which makes it even more special.’

Regent Seven Seas Cruises is the world's most inclusive luxury experience; they have five ships in their fleet, offering cruises to more than 450 destinations around the world.

The ships were welcomed into Portland Harbour by the tug, Rufus Castle, spraying its water cannons.

As well as the port’s quayside welcome team, two of Weymouth BID’s Weyfarers were invited on board the Seven Seas Navigator to help passengers with their questions about the local area.

Portland Port pride themselves on giving the cruise passengers a fantastic send off, there is always live music from local groups and three shots fired from the Nothe Fort Artillery Volunteer’s canon.