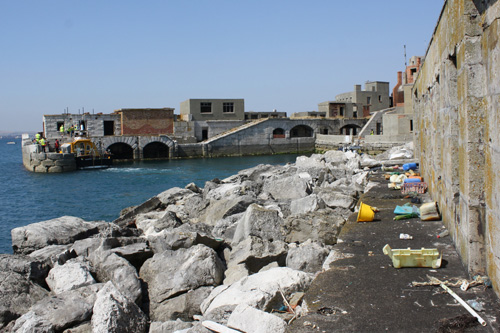 Picture: Litter at Fort Head prior to clean up

Marine plastic pollution is a serious threat to the health of our marine environments and their biodiversity. Portland Port has taken steps to begin addressing the plastics and litter that come in to Portland Harbour.

Last week a team of 20 Portland Port employees volunteered to spend a few hours removing the marine plastics and litter that had been washed up at Fort Head on the Outer Breakwater; with an extensive breakwater system of over 5km it seemed like a good place to start.

Ian McQuade (General Manager – Commercial) said “It was shocking to see just how much waste plastics have washed onto this area of the breakwater. Two hours and around 15 dumpy bags later it felt like we had at least made a small contribution.”

Sandie Wilson (Environment & Planning Manager) commented that ‘It is amazing what you can achieve in just a couple of hours and great to see everyone’s enthusiasm to get involved!”

Future trips are being planned for later in the year to continue the good work.  The waste that was collected last week will be separated, with as much as possible being recycled. 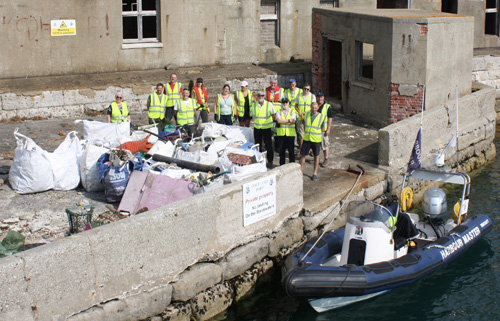 Picture: Bagged litter with some of the Portland Port employees who volunteered