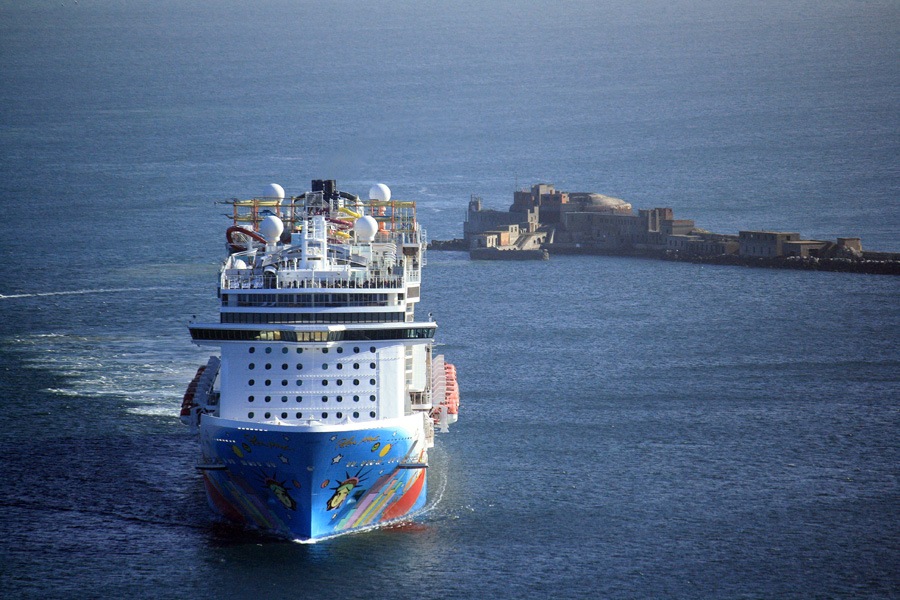 At the end of every cruise season the port reviews it’s entire operation with the aim of continually improving the service it provides.  As part of the ports improvement strategy, research has been undertaken over the last three years which has yielded some fantastic results for the local area.  The research has been based on the activities that cruise passengers undertake whilst in port and helps put to bed the myth that all cruise passengers visiting Portland Port go to Stonehenge. The data collected over the last three years shows a clear pattern that, on average, 40% of passengers go on official excursions that are arranged by the ship, leaving 60% using the free shuttle service provided by the port, staying on the ship or making their own arrangements.  Further analysis of the research shows that 80% of all passengers actually stay in Dorset itself.  When combined with recent data released by the Cruise Lines International Association on the economic benefit of the cruise industry, the numbers make very positive reading. Cruise passengers spend an average of €80 per person during a port call, on excursions, on independent travel arrangements, on food and drink and in shops, making the input to the local economy significant. In addition, crew members spend on average, a further €35 per head. When combined this means that in 2018 Portland Port’s cruise business generated around €3.4 million, while the forecast for 2019 means a further €5.8 million could be pumped into the local and regional economy. Overall, in 2017 alone, cruising contributed a staggering €10.4 billion to the UK economy.

2018’s cruise season has been a spectacular one for Portland Port; with the largest number of cruise calls and passengers to date, a record-breaking cruise ship, winning one local award and being selected as a finalist for another, 2018 has been very successful for the port.

The season began with a visit from the port’s most frequent visiting cruise line, Phoenix Reisen and was swiftly followed by the longest and heaviest ship to ever call at Portland Port, the Norwegian Breakaway.  The ship was an amazing sight to behold and the port gave them a lovely send off with music from Weymouth Concert Brass band and a three-shot salute from the Nothe Fort Artillery Volunteers and their canon.  2018 also saw the port welcoming back a cruise ship on a very different scale to the Breakaway, the 50 passenger Hebridean Princess.  She has been a regular visitor, calling every few years when her itinerary brings her south.

Another record-breaking day for the port happened on the 15th July when they received two luxury cruise ships from the same cruise line.  The Seven Seas Explorer and Navigator arrived at the same time and were given a water display in the harbour by one of the port’s tugs.

It was great to see the Disney Magic back and all the excitement she brings with her.  The Dorset Rock Choir lead by Stacey Hobday sang for their departure which to everyone’s delight brought Goofy, Pluto and Minnie out on deck.

The season was then finished off with style by another luxury visitor, the Seabourn Ovation, she was launched early this year and the port were honoured to receive two visits from her.

It is with great excitement though that Portland Port can now announce that 2019 is going to be another record breaker, with a massive 38% increase in cruise calls compared to this year.  The 44 calls are spread between April and October.  There will be some new cruise lines visiting with both Princess Cruises and Pullmantur calling at Portland for the very first time. Meanwhile, a shift towards larger ships, as well as the increase in call numbers, sees the port expecting to handle more than 62,000 passengers during its 2019 season, compared to around 36,000 this year.

Over the last 10 years the number of cruise ships visiting Portland Port have grown substantially from just 4 calls and 2,000 passengers in 2009 to the record-breaking figures for 2018 and 2019. This is a trend that Portland Port is keen to continue.

Ian McQuade, General Manager – Commercial commented ‘It is exciting to see everyone’s hard work pay off with the ever-increasing number of cruise ships that are choosing to visit Portland Port and the local area.’ 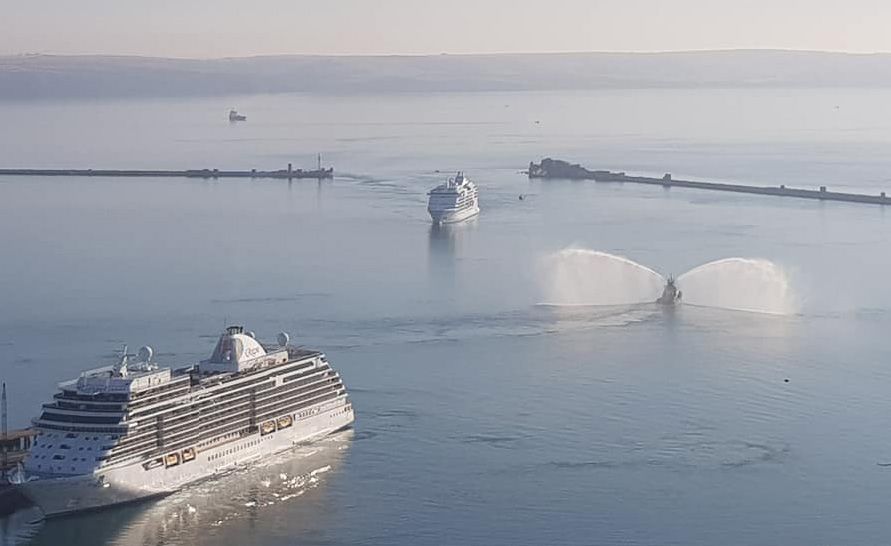 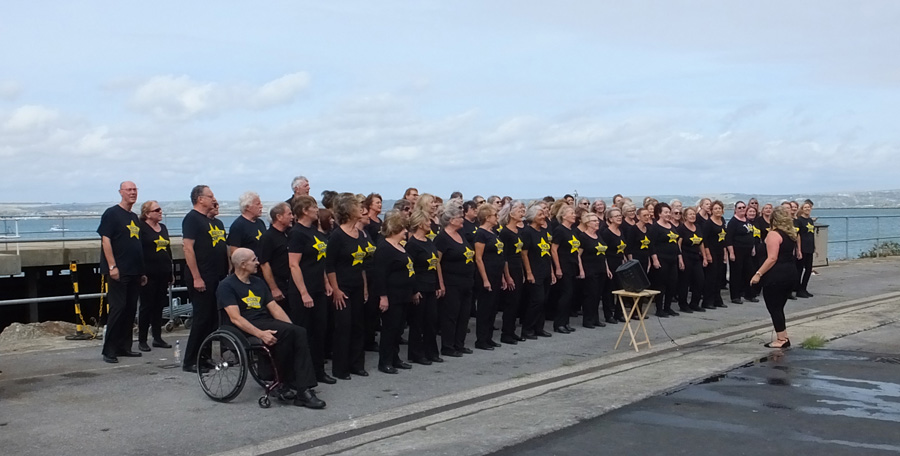 Picture: Dorset Rock Choir performing for the departure of the Disney Magic 2018