Today Portland Port again welcomed one of the AIDA family, on her inaugural visit to the Port we welcomed AIDAura.  Launched in 2003 AIDAura is one of the smallest of the AIDA cruise vessels, the 42,289-ton, 1300 -passenger cruise ship AIDAura was the third vessel to join the AIDA fleet.

Having her sister ship AIDAvita return to the Port on Monday and then having the inaugural visit of AIDAura from the same line during the same week has been amazing. Portland Port have in total 8 AIDA cruise ship visits scheduled in 2019 including another inaugural voyage of AIDAcara later in the year. This marks an exciting point in the development of the port’s cruise business and shows the great support Portland Port is being given by AIDA. The Port have in total 17 German ship’s coming in this season which shows the attractiveness of the region to the German market.

As this was AIDAura’s inaugural visit she received the Portland Port stone plaque, which was presented to the Captain on board by Alex Hayes General Manager – Landside. This was the third German ship to visit Portland in the same week which has been a great boost for the Port and the surrounding areas.â€‹ 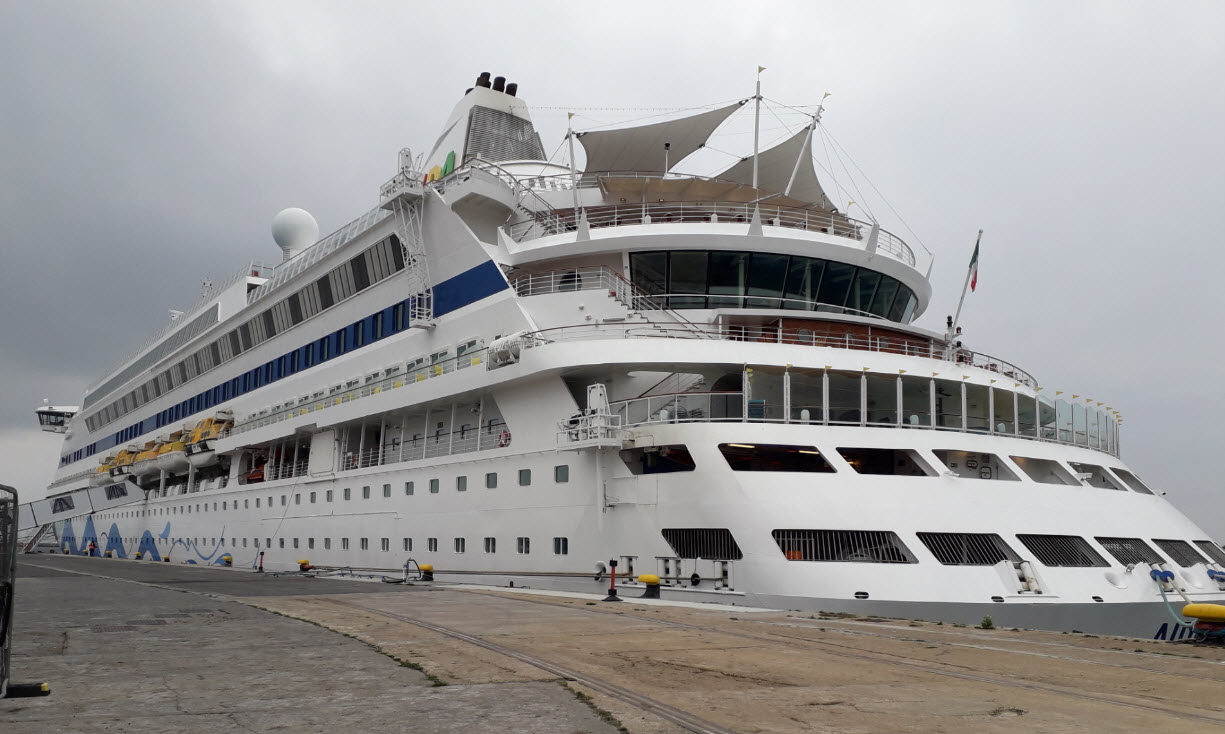