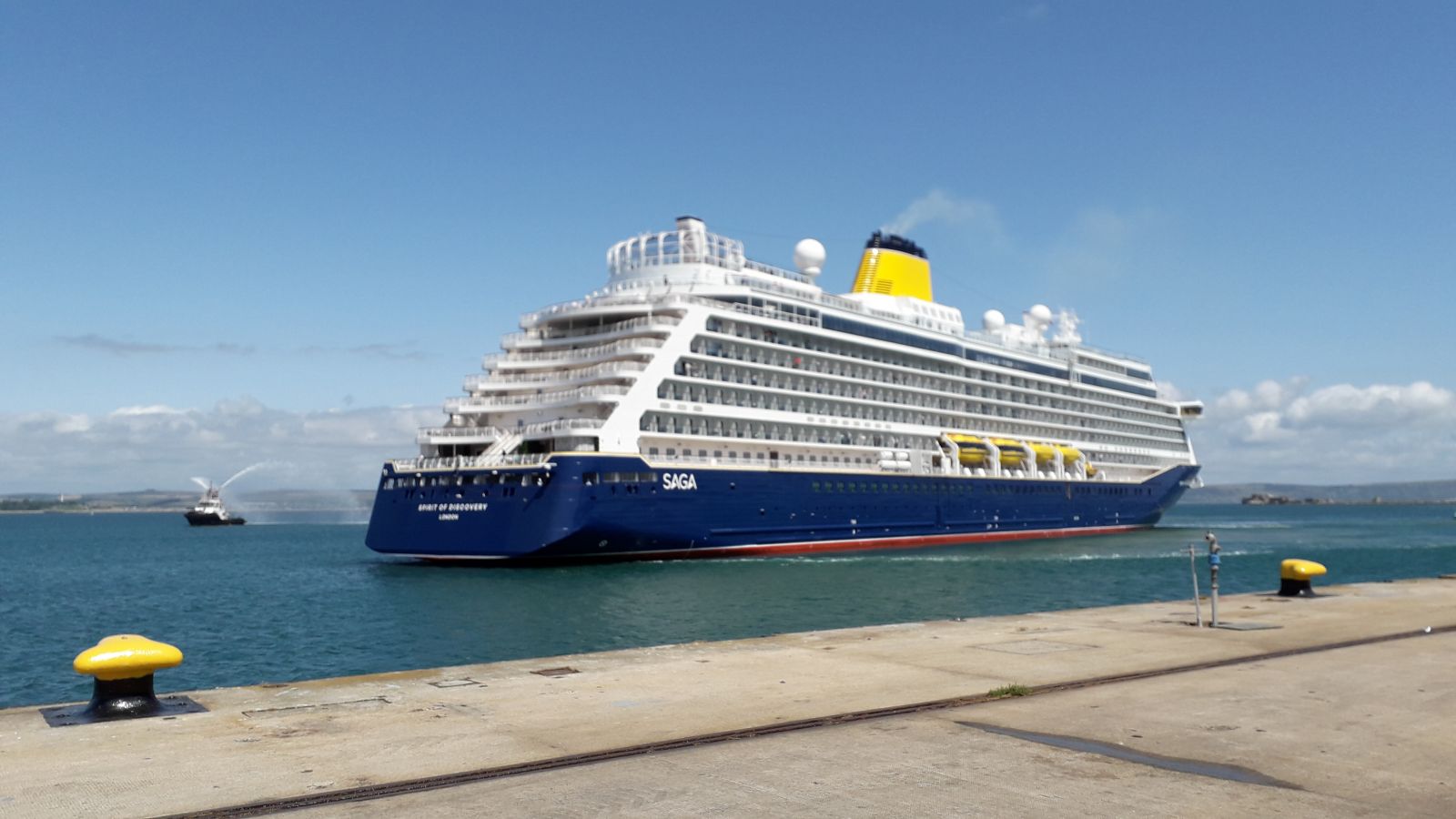 The wait is over……. Britain’s newest cruise ship is now here after embarking on her history making maiden voyage and inaugural call to Portland Port. The long-awaited first ship of the new Spirit class from Saga Cruises, Spirit of Discovery was officially named by the Duchess of Cornwall on Friday July 5th at the Port of Dover, before setting sail around Britain on July 10th. The ship has been specifically designed for the UK market, with Saga focusing on the fact they are a British cruise line and see this as a great way to show-off their first new boutique cruise-ship. Spirit of Discovery’s maiden voyage will be a British first, cruising around the British Isles on a British-flagged ship. This is a major coup for Portland Port, securing an inaugural visit within a maiden journey from such a globally renowned and world recognised British brand really is a great recognition.

Mr Ian McQuade, General Manager (Commercial) commented "This momentous occasion is testament to the outstanding partnership we have built with Saga and represents an exciting future for us as a Port. We are proud to be a part of Saga’s first ever new build ship, twenty years after Saga cruises officially launched.’’

To ensure all the cruise visitors received a warm and memorable welcome, Spirit of Discovery was escorted into Portland Harbour by the tug, Rufus Castle, spraying its water cannons, and once alongside The Dorset Wrecks, a sea shanty group, performed for the arrival.  As the passengers disembarked they were given a complimentary gift from Portland Port as a keepsake; and as with all inaugural cruise calls a Portland stone plaque was presented to the Captain in commemoration of the visit.

Alongside Spirit of Discovery, the Port was also very proud to welcome back Disney Magic, a very special ship that always generates huge interest. This will be her fourth visit to Portland and again displays the great relationship Portland Port have developed with Disney since her first call back in 2017. Having two such prestigious ships in at once has understandably attracted a lot of attention for both the port and the local area, and the Port are also very pleased to be able to welcome both ships’ back again later this season.

Portland Port prides itself on giving the ship’s a fantastic send off and this evening’s entertainment will be The Weymouth Ukuleleans followed by a performance from The Wessex Military Band; and finally, as the vessels pull away the Nothe Fort Artillery Volunteers will provide a spectacular 3 shot salute.