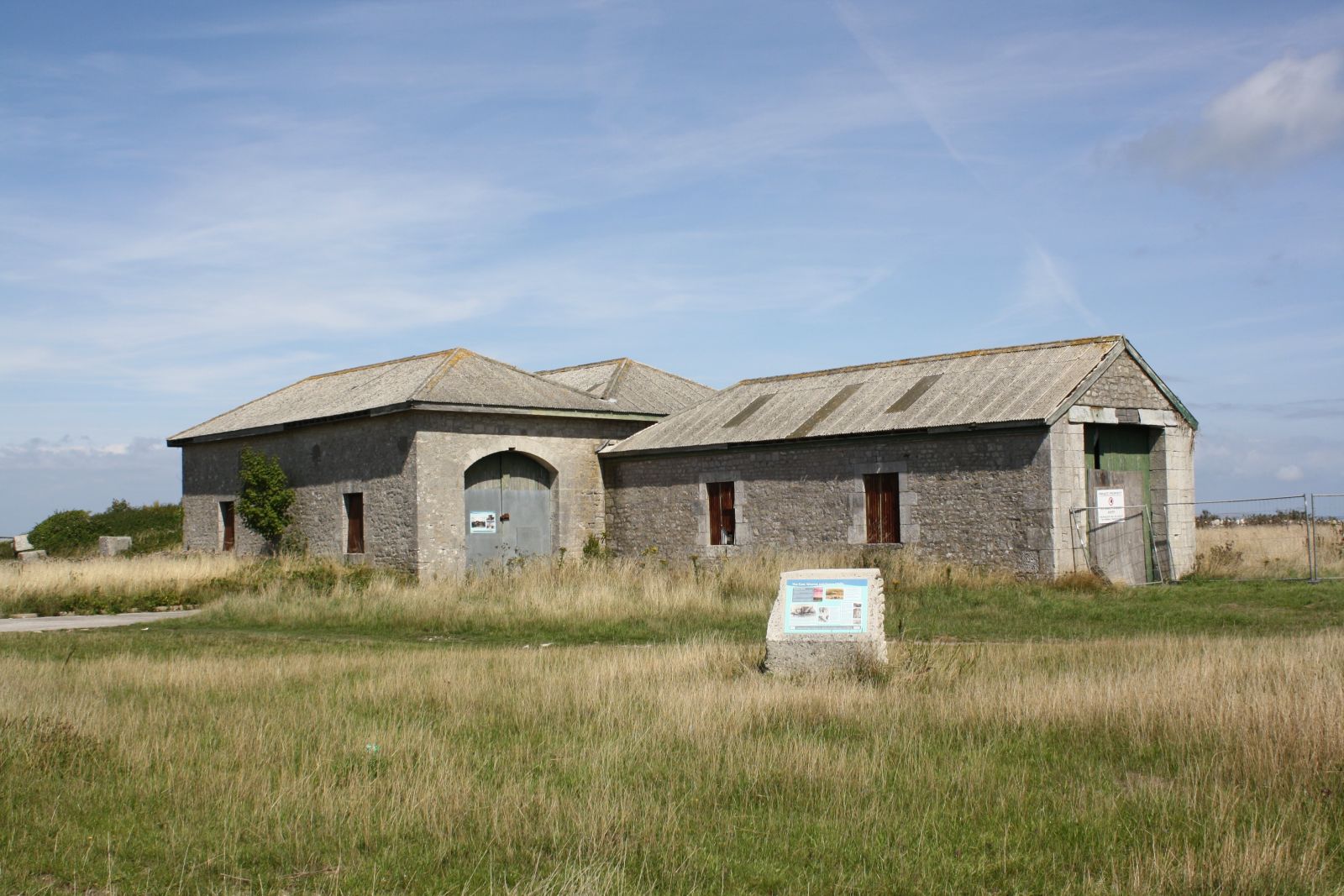 Portland Port held an open session at the Old Engine Shed, Portland on Monday 29th July as an opportunity for the local community to see inside and find out more about the port and businesses within. The building is Grade II Listed mid-C19 and its history is interesting in that it comprises of  three locomotive sheds built to serve the Admiralty Incline Railway, transporting stone from the Admiralty Quarries to Portland Harbour for the construction of breakwaters.

There were informative display boards, along with a range of artefacts inside and outside, from dinosaur footprints, a circa 1875 canon, the Harbour Masters RIB, a large ship fender, anchors and the new cruise gangway. Companies based in the port were there to talk about what they do, this included Manor Marine, a marine engineering company and Manor Renewable Energy a service provider to the offshore renewables industry. Intermarine were present who built the new Cruise gangway on display and provide a range of marine engineering services to the shipping industry.  Portland Bunkers UK who supply vessels with fuel were there to talk about their business. They use the underground tunnels that date back to when the port was a naval base to store fuel in the hillside, and vessels stopped at the port to refuel, almost like a service station on the motorway but in the ports case the motorway is the English Channel. Barratt’s electrical had vehicle charging points on display and were able to give their insight on this evolving technological development.

Sandie Wilson of Portland Harbour Authority said “It all came together on the day; the weather was great, and we were really pleased that so many people came to the event. Due to the continued success of the event the port plan to hold it again next year on Wednesday 29th July 2020.”

Dorset and East Devon FLAG who deliver community led Local Development in the area’s fisheries, aquaculture and seafood sectors, in conjunction with Dorset Coast Forum showcased their latest instalment of Dorset Coastal Stories. This is a short film about “Aquaculture in Dorset” and is one of four films now available online on the Dorset Coast Forum website. Some of the stars from the film were present with displays about their operations in the port and harbour including Dorset Seaweed Company and Dorset Cleaner Fish.

The Friends of the Grove Telephone Box served tea and cake to visitors on the day raising a very welcomed £264. Terry Shakespeare said, “we would like to thank everyone for their generosity with the proceeds contributing towards the Grove telephone box and we are having a “Welcome to the Grove” stone made to be placed at the entrance to the Grove.”  Terry was also instrumental in opening the neighbouring 19th Century Grade II* Listed St Peter’s Church for the afternoon which also attracted a considerable amount of interest as this is usually closed to the public.

The open session was held as part of the Spirit of Portland Festival which is a week-long series of events held every year as a celebration of Portland’s unique heritage, culture and natural environment.  Portland Community Partnership now invites interest for next year’s Spirit of Portland. Andy Matthews says “Portland is a wonderful place and has so much to offer. We welcome interest from individuals and organisations on Portland to participate in the event. The proposed dates for next year are between the dates of 25th July and 9th August.  Please do get in touch.