Portland Port's 2019 record breaking cruise season comes to an end, but another is fast approaching! 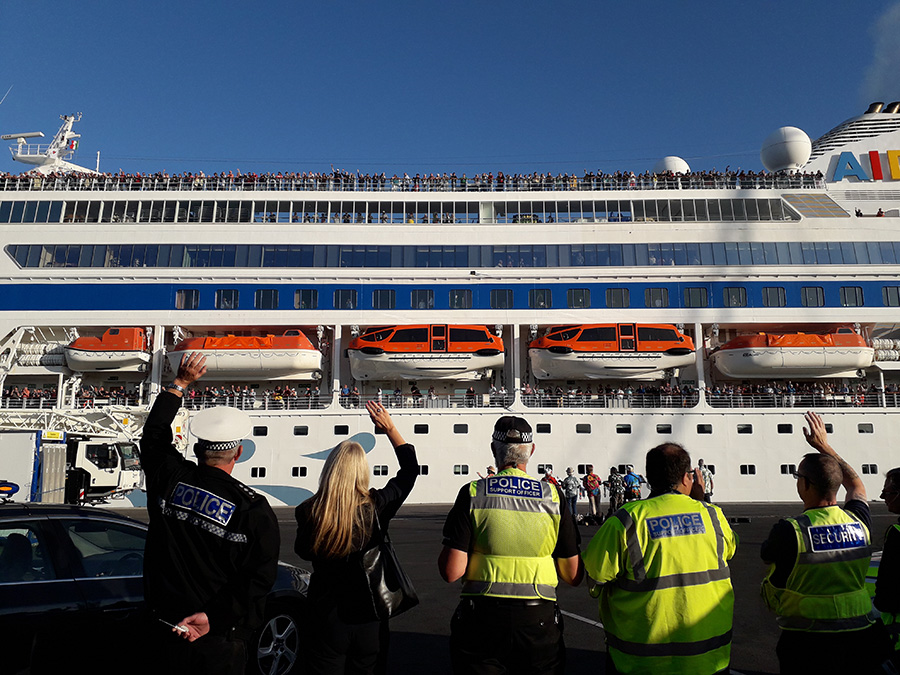 PICTURE: AIDAcara being wave off by port staff

Portland Port’s 2019 cruise season has been a spectacular one with the largest number of cruise calls and passengers to date. The season began in April with three consecutive inaugural calls from Costa Mediterranea, Pullmantur Zenith and Crown Princess. Infact the Port had a staggering eleven inaugural calls in 2019 from Princess Cruises, Costa, AIDA, Hapag Lloyd, NCL, and Saga showing it’s ever increasing popularity as a cruise ship destination. 2019 has also been a season of firsts with the Port welcoming two ship’s that had only been completed this year. The Hanseatic Nature owned by Hapag Lloyd was a vessel on a very different scale, a brand new state of the art upmarket luxury expedition ship carrying only 230 passengers and designed to be able to get as close to nature as possible. Then there was Saga Spirit of Discovery, the long awaited new Spirit Class ship from Saga Cruises designed specifically for the UK market. This was Spirit of Discovery’s maiden voyage and was a British first cruising around the British Isles on a British flagged ship. This was a major coup for Portland Port securing an inaugural visit within a maiden journey, and to make it even more special she arrived on the same day as Disney Magic. It is always great to see Disney back and all the excitement she brings with her, that day was definitely a momentous occasion with two very special ship’s in at once.

With 41 cruise calls, 11 inaugural visits, 1 maiden voyage, and plenty of fun and entertainment, none of it would have been possible without the help and dedication of The Rock Choir, Weymouth Concert Brass, The Weymouth Ukuleleans, Quangle Wangle, The Durnovaria Silver Band, The Dorset Wrecks, and The Wessex Military Band. Plus not forgetting Nothe Fort Artillery who gave all of the ships a historic three cannon salute send off.

The season then sadly came to a close but did so in style with another luxury visitor, the Norwegian Getaway on her inaugural visit, the largest ship to visit Portland this season. She was an amazing site to behold and was the longest and heaviest vessel to dock carrying nearly four thousand passengers. The shift towards larger ships, as well as the increase in call numbers has seen the port handle more than 60,000 passengers during its 2019 season.

Moving forward with the eagerly awaited news, Portland Port can now officially announce that 2020 is going to be another fantastic season with 42 calls, including 9 inaugural ones, spread between March and November. There will also be some new cruise lines visiting with Celebrity and Silversea calling at Portland for the very first time.

Over the last 10 years the number of cruise ships visiting Portland Port has grown substantially from just 4 calls and 2,000 passengers in 2009 to the record-breaking figures for 2019. This is a trend that Portland Port is keen to continue. Ian McQuade, General Manager – Commercial commented ‘It is so exciting to see everyone’s hard work pay off with the ever-increasing number of cruise ships that are choosing to visit Portland Port and the local area, we thoroughly enjoy seeing the regular ship’s and are really looking forward to welcoming the new ones, roll on 2020!’

Based on figures from the Cruise Lines International Association relating to the economic impact of the cruise industry, Portland Port’s cruise business brings a significant benefit to the local and regional economy. In 2018 Portland Port’s cruise business generated around €3.4 million of economic benefit, whilst in 2019 this figure rose to nearly €5 million. Based on the current forecast for 2020 this figure could climb to just under €6 million worth of benefits to the area. At the end of every cruise season the Port reviews its entire operation with the aim of continually improving the service it provides and this process has now begun. The 2020 cruise season looks likely to be another record breaker. 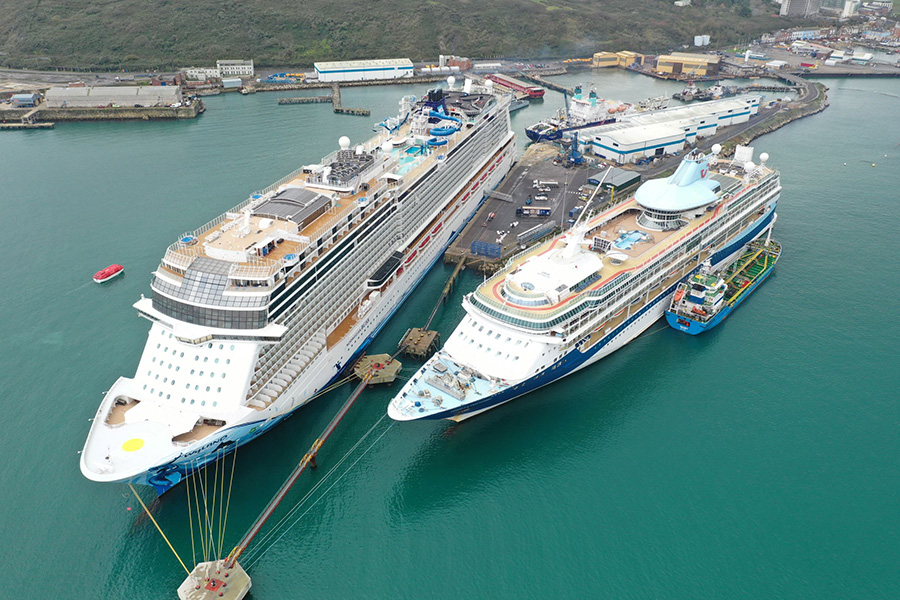 With the huge impact that the COVID pandemic has had on the global cruise industry, Portland Port, joined cruise lines, other ports, businesses and industries in welcoming the news that UK domestic cruising could set sail from May 17th.