Portland Port is a privately owned statutory harbour authority, commercial port operator and freehold estate owner. The operation extends across 2400 hectares of water space, 200 hectares of land estate (including maritime business park and ‘greenspace’) and 5km’s of breakwaters.  Portland Port have put in place an Environmental and Sustainability Policy for their operation and jurisdiction which can be found here.

Harbour authorities are responsible for ensuring that their ports operate in a manner that avoids marine pollution, and for responding to incidents within their limits.  The 'Portland Marine Pollution and Oil Spill Contingency Plan 2015' details the contingency arrangements for responding to actual or threatened marine pollution incidents within the Portland Harbour area. The Plan conforms to the Merchant Shipping (Oil Pollution Preparedness, Response and Co-operation Convention) Regulations 1998.

Also of relevance is the National Contingency Plan which can be found at: https://www.gov.uk/government/publications/national-contingency-planncp

Dorset County Council and their local partners have worked together to create a plan for the clearance of oil, chemical and inert pollution that may be washed onto Dorset's beaches and coastline after a maritime incident. The Coastal Pollution Clearance Plan (CPCP) covers the entire coastline of Dorset from Lyme Regis to Christchurch. This plan details the shore-line clean up procedures to be followed in the event of a pollution incident from Oil, Inert materials, Hazardous and Noxious Substances (HNS). This includes any substance that is liable to create hazards to human health, harm to living resources and marine life, to damage amenities or to interfere with other legitimate uses of the coastline. The CPCP has three main purposes:

For more information visit the Dorset For You Coastal Planning and Emergency Planning pages.

The 'Portland Waste Management Plan' is designed to provide guidance to visiting vessels on the processes and facilities available within Portland Harbour for the handling of ship generated waste.  To this end it attempts to ensure that all ships normally using the Harbour dispose of all waste in an efficient and environmentally correct manner.  The plan is regulated by the Maritime and Coastguard Agency and conforms with the International Convention for the Prevention of Pollution from Ships 1973, and its 1978 Protocol (MARPOL 73/78).  Of relevance to the UK is the Merchant Shipping (Port Waste Reception Facilities) Regulations 2003, amended 2009.

The first version (June 2019) of the plan can be found here and associated tables here.  In case of the tables, these have been updated and are referred to as version September 2020.

Please report any records of species that you consider may be invasive to Portland Harbour Authority using the following email env@portland-port.co.uk 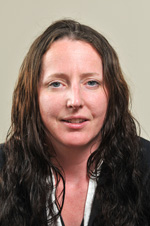 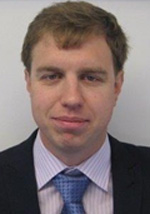