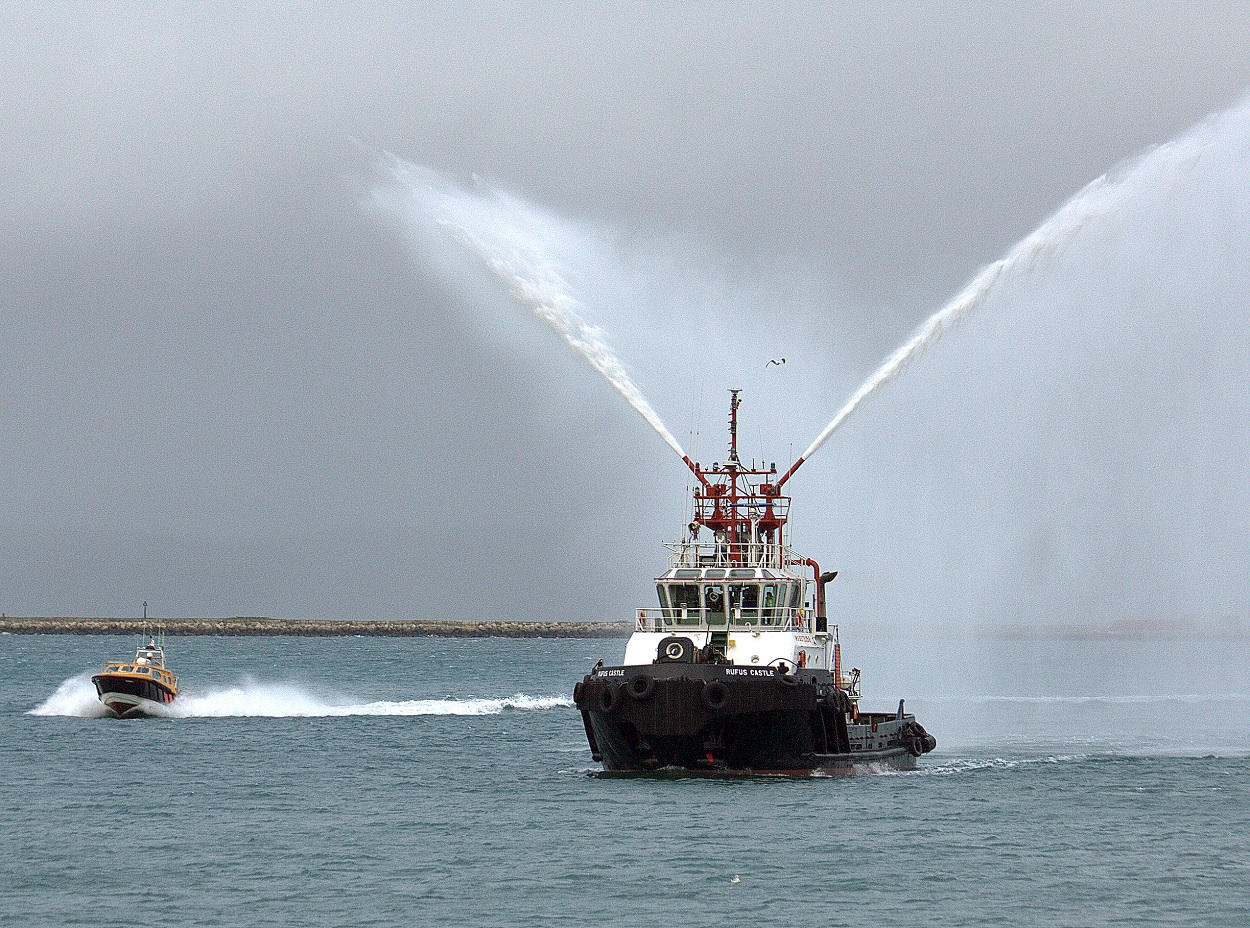 This week Portland Port and Harbour Authority welcomed the arrival of the newest member of the harbour towage fleet, the Rufus Castle.  Formally undertaking towage and offshore support services on the east coast of the UK, the tug was purchased by the harbour authority following the recent sale of the ports oldest operating tug, the Sandsfoot Castle.  Its 40 hour journey from Hull to Portland went very well, even with the Gale force winds it encountered during its final 6 hour approach.

"we are delighted that we now have the Rufus Castle supporting operations here at Portland.  This increases our capacity to handle some of the larger vessels when otherwise we were restricted by the available bollard pull and prevailing weather. The addition of the Rufus Castle (50T BP) to the ports other two tugs Maiden Castle(56T BP) and the Wyke Castle (28T BP) increases our capability to in excess of 130T.  The Sandsfoot Castle (17T BP) was sold earlier in the year.  The Rufus Castle is fitted with a firefighting capability delivering over 1200 M3 of water per hour to its two monitors".

The tug was formally known as the Englishman; an official naming ceremony with local south Dorset MP Richard Drax will be taking place, where a plaque will be presented with the new name, Rufus Castle.  The Rufus Castle will be joined by the port authority’s pilot boats in the inner harbour for a traditional on-the-water welcome.