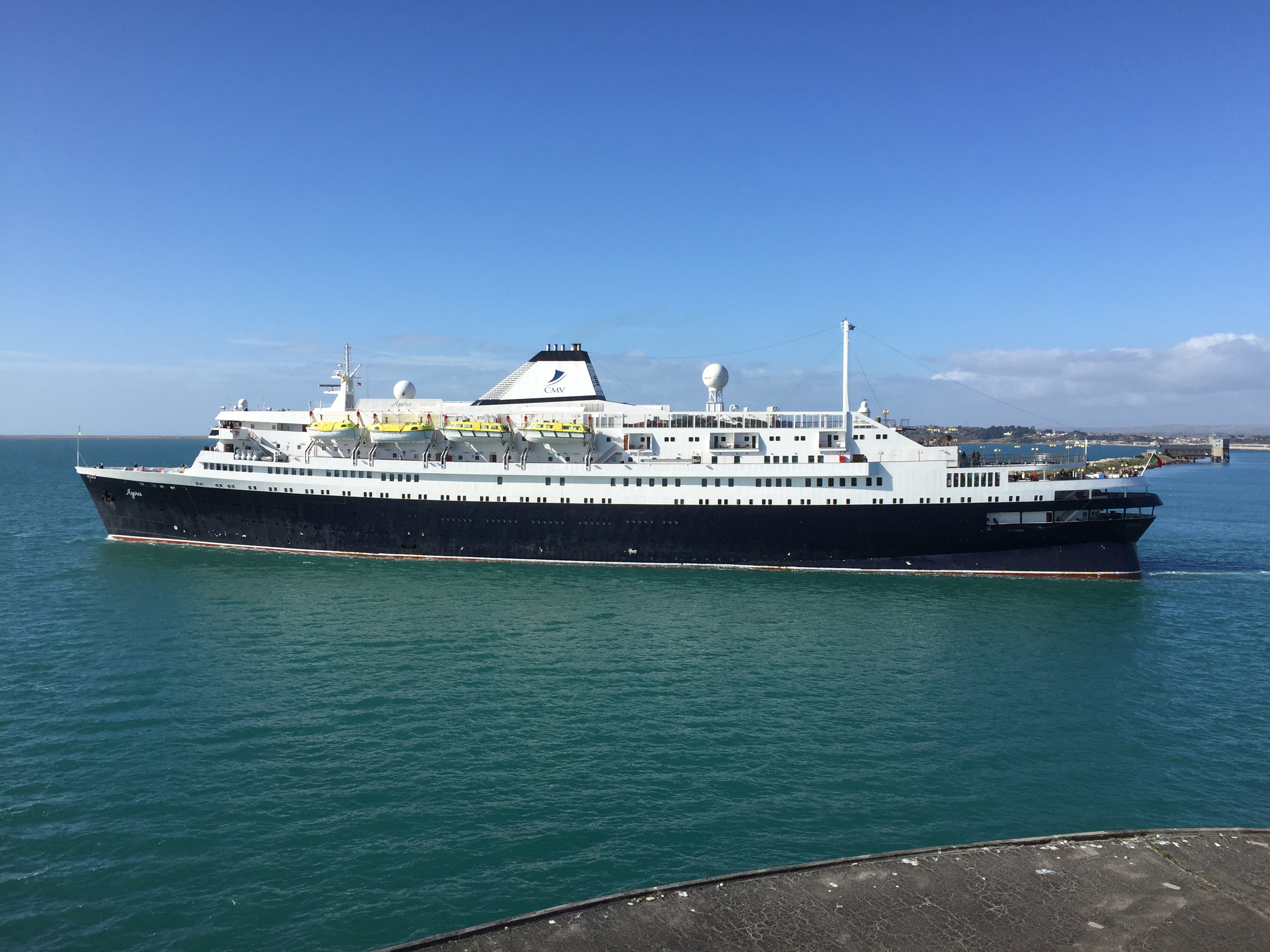 The 2015 cruise season at Portland Port started earlier than expected this year with the arrival of the Azores at the end of February. Bad weather on her previous cruise dictated the change to her original itinerary but this made Portland Port an attractive alternative. With minimal notice Portland Port, with the assistance of local stevedoring company Paisley Plant Hire and also Southampton based SCH, was able to turn around the ship, its 60 tonnes of stores and accumulative 840 passengers in around 9 hours ensuring that the Azores was well underway to Norway on the same day. Ian McQuade, General Manager – Commercial, commented; “It was a great effort by all concerned and we were delighted to be able to help Cruise and Maritime Voyages passengers on their way to see the Northern Lights. We do not handle  many turnaround calls here at Portland Port but this proves, even at short notice, what we can do”

Royal Caribbean Lines ‘Serenade of the Seas’ was originally planned to be the first call of the 2015 season at Portland. The 294m vessel is making her inaugural call to Portland and the cruise team at the port are already making the necessary preparations to make sure that her first visit is the second successful call of this years cruise programme. Portland Port, for a 4th consecutive year, will see another increase in passenger throughput and will continue to lead the way as the leading cruise destination in the South West of the UK.  2015 will see a 5% increase on last years passenger throughput with over 26,000 expected to visit Portland and its whole host of attractions, global landmarks and, of course, the UNESCO World Heritage Sites of  the Jurassic Coast, Stonehenge and Bath. Further inland passengers are treated to the rolling green hills, country homes and picturesque villages, a true reflection of quintessential England. Passengers visiting Portland often like to tick ‘Stonehenge’ off their bucket lists so many cruise lines factor this into their excursion options when visiting Portland.

Portland is also welcoming more ships for the first time this year with vessels such as; AIDA cruise lines ‘AIDAbella’ and Costa Cruises ‘Luminosa’. The port will also, for the first time, handle a Norwegian Cruise Lines ship. The Norwegian Star will be visiting the port bringing a record number of passengers in a transit call through Portland, with approximately 2,350 passengers expected to be on board. Amongst all this excitement we will also be welcoming both of Crystal Cruises prestigious cruise ships as the line celebrates their 25th anniversary of sailing the globe. All of this sets up 2015 to be another exciting year at Portland Port UK.